A downloadable game for Windows

Back in the early days of the internet, being a horror fan, I was lurking in forums for horror stories. There, I met a guy who had the weirdest dreams. There was something unsettling about the implications his dreams had. I think what weirded me out the most was a similarity with my worst nightmares.

After a very long time, I tried to find these forums and especially this guy's posts but couldn't. It seems like they vanished from the face of the internet. So based only on the memories I have about what I read, I started making this game. The game's title is "This Game Is Real" because the last post I remember reading ended by saying "I think these dreams are real".

I hate mirrors. I have this fear that when I look into a mirror I will not see my self but someone I am not. Dreams feel like looking through a mirror but for the mind. You see what really exists in there.
This chapter is based on the recurring nightmares I used to have.

This horror game was made in the course of four months and it is the first game I have ever made, hope you enjoy.

Made With Unreal Engine 4

This game was pretty confusing to me and not really that creepy/scary. I had no idea what was happening, nor why. I understand, now, that this is your first game and I gotta say... nice work for your first game! I hope you improve on your work because this was kinda scary but not that scary, so I look forward to what you could create in the future!

JUST PLAYED THIS!!!!! I love the look inside your head  bit near the end, that made my brain trip in a good way lmao 😂💙. The game looks so real and spooky, I felt immersed in this house!! And I did scream and run away from that thing during certain parts lmao. Had fun playing this, and still curious as to whether this whole thing is real real real....CAN'T WAIT FOR CHAPTER 2!!!!! 👀👀

This game was good, but I got confused at the end of the game.

This was very interesting! Good Job! Greetings from Germany :)

You did a great job building up that creepy atmosphere.  Only downside is when you actually get a glimpse of the tall black guy.  Maybe it's just personal preference but the fear of the unknown in horror games is too important and seeing the "monsters" early-on kind of killed that for me.

On the other hand, the use of the white masks did a pretty good job.  There's even one place in the staircase to the basement where you can look through the wall and can only see a mask looking at you, with the white glowing eyes. Pretty good.

A shortish experience that ended up being pretty good. I enjoyed it overall but was never truly scared.

- There were not many jump scares, most scares had some sort of lead up which I think is better practice.

- Visuals were nice at most parts

- Most scares did not affect me much, maybe I just wasn't in the mood for it

- Visual detail was not as consistent as I would like. Some items would have a great amount of detail and others would almost look like simple geometry.

- The whole "the game is actually real" thing never caught me off. It would be more convincing if the game actually made changes to your files or pulled you out of the game.

- The flashlight was not useful in a lot of parts of the level and I ended up with a surplus of batteries.

- The area where you are descending the stair case after leaving the starting area is much lower quality.

For this being your first game and being developed in such a short span this is rather impressive.

Thank you for the feedback. I am still learning a lot and with time my flaws become more obvious. I hope you come back when chapter 2 is out!

Made a video on your game. Hope you enjoy it

I didn't look back. Should I have?

The end definitely got me! I was really spooked and had to look behind me several times! Good job!

Got propa into this game, the graphics were so real. Hence the game title. I liked how it progressed, with the basement section. Would like it to be a little more clearer on what to do. Might just be not knowing. Maybe something on the HUD to tell you to find or locate something. Other than that I loved the game and can't wait for the next chapter. Any release window on the next chapter. Here is my reaction of your game, during the Indie Hour.

I feel like this game has a lot of potential, it has a very creepy vibe to it so far and I'm looking forward to more.

This game is excellent! I jumped out of my seat a few times. The only critique I have is the head bobbing while staying still (motion sickness), will there be a toggle for that in the future? Other than that, I love your game and I can't wait to play the other chapters. Awesome work!

This guy must of had some messed up dreams! When the ish hit the fan, I truly felt a panic just start flooding inside. The environment at times can capture just how gritty it can get. I loved what you did with the soundscape, it really felt immersive. But I almost feel like the opportunity to scare the gamer out of his/her chair fell flat. But still something to def continue refining!

This game is definitely real....

My dad live streamed your game and I think he crapped himself. Very good work, and I hope to see more chapters soon!

Fantastic game! I left some small critiques at the end of the video but overall, incredibly well-done. Definitely scared the pants off of me.

I loved how this game presented its sound which is crazy creepy and props for that and the rest of the game was amazing. I liked it so much that I made a whole video on it for the player reaction.

Great game with a great backstory, good graphics and could grow to be much more. 10/10

Hi there, i work for SideQuest where
we help out tons of Virtual Reality developers and host a myriad of game demos and titles for the Oculus Quest, i thought your application looks really fun and interesting. If possible at all i was curious on how willing you may be to create a a Quest port of it. It would be astounding to see your game as a VR title listed on SideQuest. If you are at all interested at all you can check out our submission procedure at SideQuestVR.com/How-To-Submit-Games and for a list of how many currently available titles we have you can check out our listings at https://www.SideQuestVR.com/#/apps
In any case good gaming and hope to see you out there in Virtual Reality some day.

There was a tiny table and chair set.....instant win

This game was not too shabby for a solo first game did not encounter any bugs i don't think, made a video on it.

In "This Game Is Real" we learn all about the fine art of scaring the pants off of people, hidden dungeons and how to correctly use 12 pillows.
This game is real, very scary and will teach you how to decorate your house for when terrible things happen.

Really loved this! Captured the mystery and creepiness some nightmares have. Great work for your first game!

Reply
The LoafDude22 days ago

My dude, I got a bit gameplay for u

This was fun and spooktastic especially since I played it on Friday the 13th. Thank you for the hard work in the details and the mystery behind it all!

Link to my channel (opens in new tab) youtube.com/jonathick

Wow this is really scary. It looks so real. I am feel like I am in the game while I am playing it.  Nice work.

IT HAD ME SHAKING. This game does a great job of scaring the absolute bat-sh!te out of the player 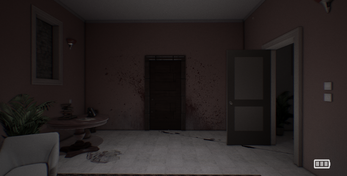 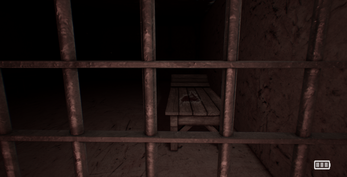 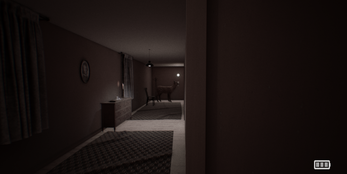